What are you looking for?

by hammockshop on April 1, 2021 in Hammock Life

A hammock is something that everybody immediately recognises. It is an invitation to relax. I bet you’ve had a chill, a nap, read a book, or just snuggled in a hammock before. But how much do you really know about hammocks?

Maybe you know the answer to some of these questions but you might be surprised by some of the lesser-known facts in the long and interesting history of the hammock that has provided us so much relaxation for so long.

A short history of hammocks

Mayan Indians used hammocks a thousand years ago in Central America. They were likely woven from bark or plant fibres. The word ‘hammock’ originates from a Haitian word for fish nets, which probably described their netted appearance.

Because of a hammock’s practicality and ease of transport, it was adopted and widely used throughout South America, Central America and Mexico. Through the centuries, cultures developed distinct styles and materials of hammocks that still characterise their hammocks today.

Although used primarily for rest and sleeping, hammocks did provide many other benefits as well.  Sleeping off the ground protected people from animals, snakes and insects. Hammocks also were very useful in extreme weather conditions. Hot coals placed under a hammock provided warmth, breezes under and through the hammock allowed for cooling ventilation. Sick individuals were able to isolate and rest away from others in a hammock to avoid close contact with family and community.  This factor helped slow the transmission of disease.

Christopher Columbus who took a hammock from the Bahamas and introduced it to Europe. The hammock created quite a sensation with both the wealthy and underprivileged.  Eventually, weavers in Europe began to make hammocks. Some were sent to the ‘New World’ and eventually a hammock became an acceptable alternative to a bed.

By the mid-16th Century, hammocks were used by both the Spanish and English. Previously, some sailors had been injured or killed when thrown from bunks during rough seas. The American Navy also used hammocks from the Civil War through to the Vietnam War. The navy hammocks were made of canvas so that they would be more durable but these proved to be less flexible, breathable and comfortable than the original types.

The hammock played several other roles throughout history. Britons introduced them in the 19th century as an economical way to house prisoners. American frontier farmers used them as an inexpensive sleeping solution and during the building of the Panama Canal hammocks with netting were used to sleep labourers which thwarted mosquitoes and helped end the rampant yellow fever epidemic.

Hammocks of today have evolved a long way from the hammock of yesteryear. Today we are fortunate enough to have a wide variety of hammock styles, materials and categories. Traditional hammocks are still very popular, but Resort Hammocks, Travel Hammocks and Hammock Chairs have introduced themselves as popular alternatives and Hammock Stands have increased the convenience of hammocks. They are now produced throughout the world with many of the original South and Central American styles being replicated all of the globe. 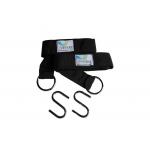 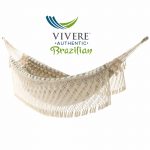 FREE SHIPPING on most orders. Easter SALE is on now Dismiss